Balaghat is a most famous cities established in the state of Madhya Pradesh, which has a very rich history of both the rulers as well as the dynasties that rule the city since long period and was originally known as the ‘Boorha’ or ‘Boora’. There was a kingdom called ‘Garha Mandla’, which ruled the city successfully and widened the empire’s ruling boundaries. While the Bhonsle Marathas also ruled Balaghat for some period of time, then came under the Maratha Peshwa rule. This city of Balaghat, later came under the British rule after Third Anglo-Maratha War. Come lets explore through the glorious past of Balaghat in Madhya Pradesh. 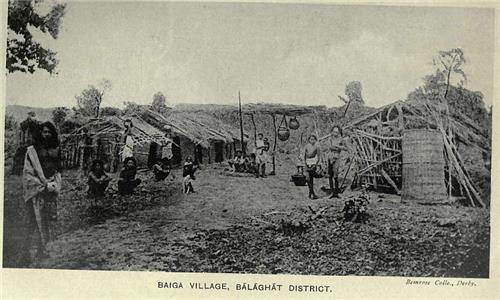 Once this part of Madhya Pradesh was known as ‘Burha’ or ‘Boora’. After few years, this name was replaced with another name " Balaghat" which is popular till date. The city was named several times before getting the name Balaghat. Historians named this district as ‘Budha’ during the period of 1743-1751. In the era of 1845, Dalhousie began the new methods of traditional adoption, well-known as ‘Godh Lene ki Pratha’, which made the traditional states of the Gond emperors to join the British States. By that time, the name of Balaghat was ‘Barahghat’. To fix this name, all the names chosen and called, were send to the capital of Calicut (earlier Calcutta, during the 1911 Century). The name such as ‘Barahghat’ was selected, because all the hills around the place was named as ‘Ghat’, which is thus added to many places like Basa Ghat, Dongri Ghat, Masen Ghat, etc. Likewise, the city was named as ‘Barah Ghat’. Later, this word was merged with the Anglo word and became ‘BaraGhat’, and further changed to ‘Balaghat’ during the year 1956 (‘r’ was replaced with ‘l’ – ‘Baraghat’ to ‘Balaghat’).

During the start of the 18th century, the district was separated between two Gond kingdoms. The part of Balaghat at the west of the Wainganga, was earlier the part of the Gond kingdom (Deogarh), while another portion in the east was said to be the part of Garha-Mandla kingdom. The Deogarh kingdom was appended by the Bhonsle Marathas (Nagpur) during the year 1743. Then, slowly conquered all the northern part of the Balaghat, along with the Garha-Mandla Kingdom that was captured in 1781 to the province of Maratha (Saugor), then came under the control of Maratha Peshwa. While in 1798, the Bhonsles acquired the former territories of the Garha-Mandla, and in the year of 1818, the Third Anglo-Maratha war came to the conclusion that made Nagpur kingdom a princely state of British India. And in 1853, the kingdom of Nagpur, along with Balaghat was ruined by British, which then formed as the new Nagpur province. Later, Balaghat was separated into two British districts, which are namely the Seoni and Bhandara. Then, Nagpur Province was said to be reorganized and re-formed into the Central Province during the year 1861.

Balaghat District was formed in the year 1867, by merging the Bhandara, as well as Mandla and Seoni districts. After some years, this name was replaced and renamed as the ‘Balaghat’, which was actually the name of the district. The district was later administratively got separated into two tehsils like Baihar Tehsil and Balaghat Tehsil. Balaghat was then separated into two tehsils – Baihar tehsil is established in the north, while the Balaghat tehsil is formed in the south. And this latest district was part of the Central Provinces' at the Nagpur Division.

Colonel Bloomfield was said to be the first Deputy-Commissioner of Balaghat district, and from the Valley of Wainganga, the commissioner suggested making the settlement of Baihar tehsil with the Marathas (Ponwar). During the start of the 20th century, the Balaghat was just 24 kms (on the paved roads) and 335 kms over the unpaved roads. While, the Jabalpur-Gondia railway track passes via the Balaghat district and was completed in 1904, and later six other stations were also established after completion of this project.

Then, during 1956 era, the district of Balaghat became the portion of the Division of Jabalpur (Madhya Pradesh). This was exactly during the period of transformation done to the southern cities of Balaghat, which also includes the Gondiya, as well as the Bhandara, and Nagpur districts. Balaghat District seems to be a portion of the current ‘Red Corridor’ and was formed in the mid of 1867 till 1873, by connecting some portions of the Bhandara, Mandia, and Seoni Districts. Hence, the name denotes ‘above the ghats’.

Comments / Discussion Board - History of Balaghat